While volunteering for the Savour Stratford Perth County Culinary Festival Communications Committee I worked as a part of a team developing a strategy for the festival to grown on social media. This strategy was to achieve the goals of the communications committee which were to increase online sales and keep the conversation going about the festival year round.

To achieve these goals we implemented a content strategy for you YouTube posting a new video every month from celebrities chefs, guest chefs, and videos recording in the past at the festival. We also incorporated a twitter strategy of reaching out to key brand influencers from the previous year and asking them to tweet during the festival this year to keep conversations up, this resulted in a 200% increase in conversations over the year before.

Visitors of the festival were presented with QR codes on posters to link them back to the mobile program to see a list of upcoming events. 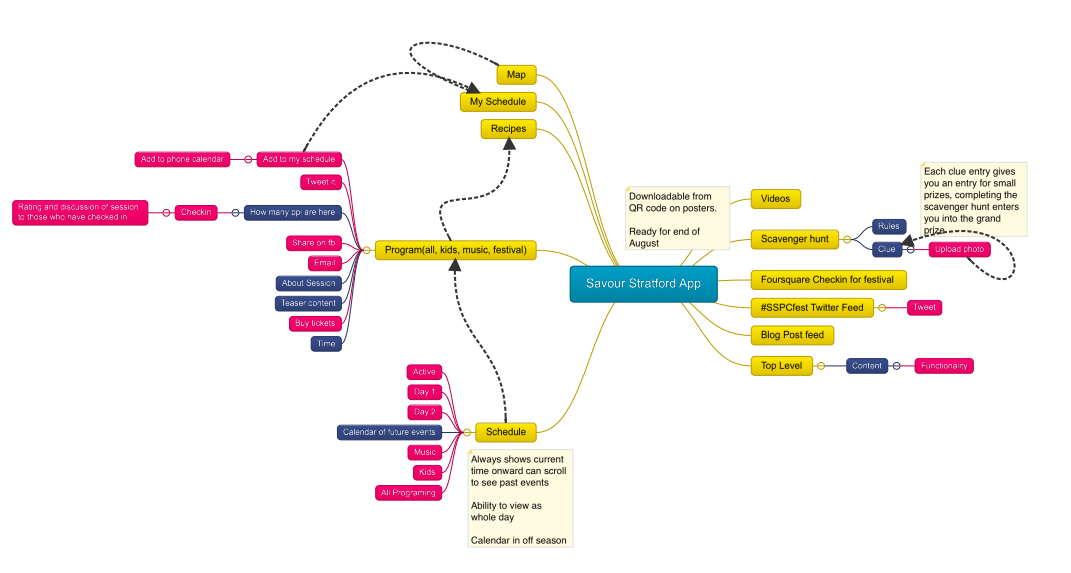 In addition to the content strategy was a mobile strategy that could be adopted year over year contingent on funding. This strategy consisted first of making the festival program mobile friendly then year after year developing a mobile app feature by feature. Outlined in the applications user flow diagram the festival can select each piece to develop and launch as they see fit.